The Truth About Genes and Weight Loss in Men 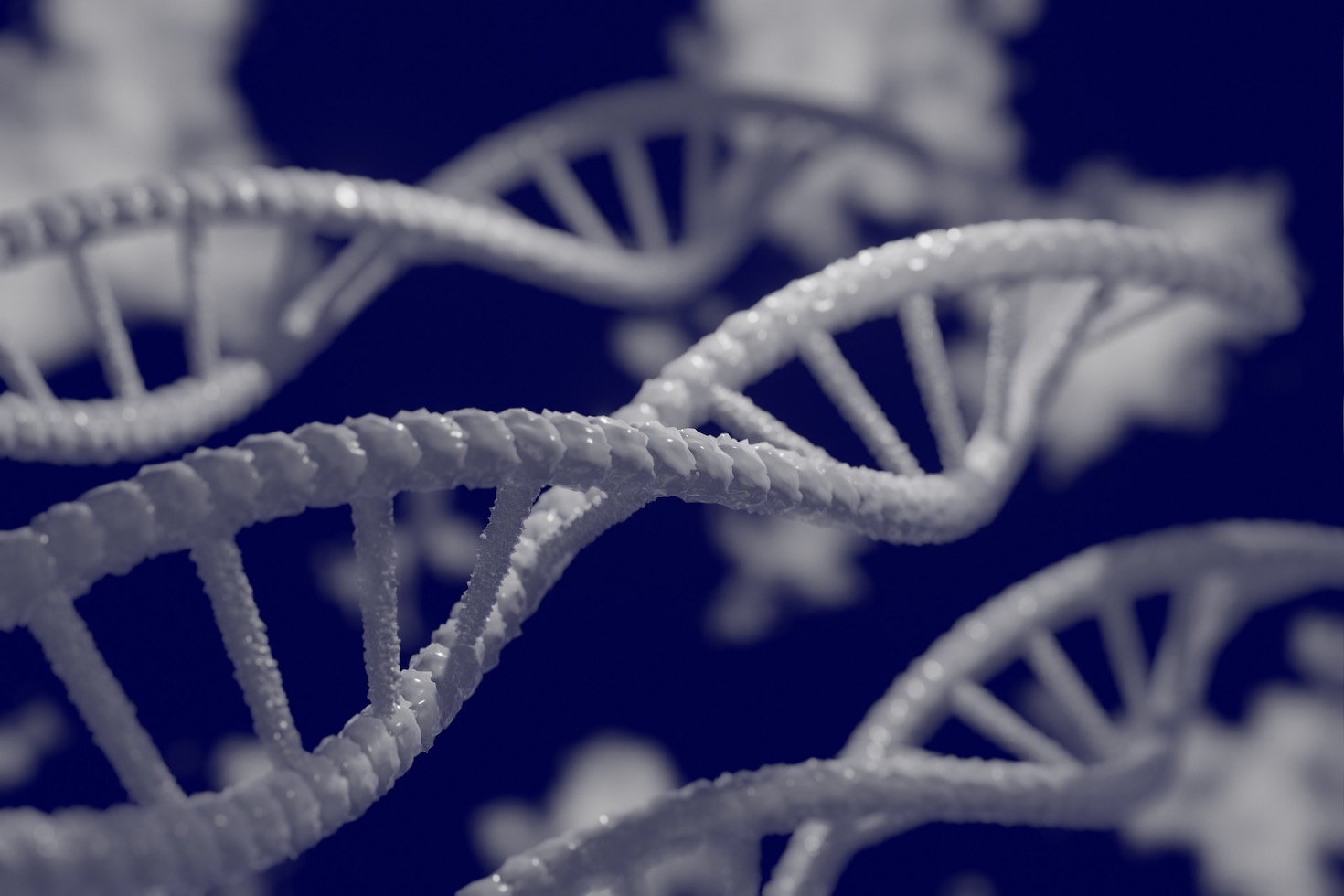 When it comes to genes and weight loss, how much do your genes matter? It’s a question you may ask, particularly if you’ve been struggling to lose weight. Could your genes be working against you? And if so, what can you do about it?

What Do Genes Have to Do with Weight Loss in Men?

Just like your genes affect your eye color, hair color, height, and more, they also have a part to play in your weight and body shape. How much impact genes have on weight depends on the individual. Harvard Health reported in 2019 that for some people, “genes account for just 25 percent of their predisposition to be overweight, while for others the genetic influence is as high as 70 percent to 80 percent.” How can you tell which side of the spectrum you may be on? Genetic testing may help, which we’ll talk about, but there are certainly some characteristics you can look for. People likely to be greatly influenced by genes: People likely to be less influenced by genes: Regardless of which group you may fall into, your weight is at least somewhat influenced by your genes. But what does that mean, exactly? 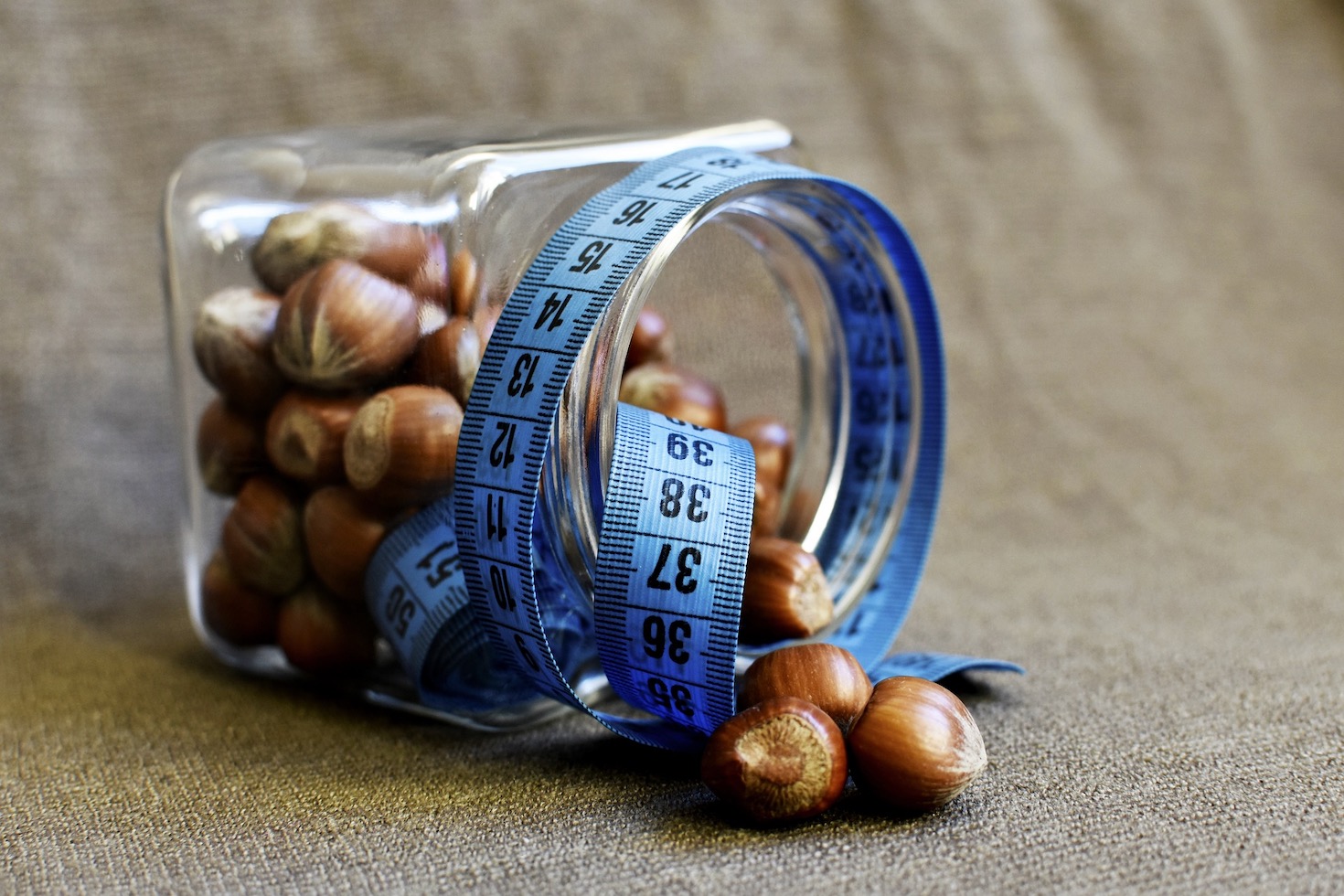 What We Know So Far About Genes and Weight Loss

So far, scientists have identified about 400 different genes that seem to be involved in overweight or obesity. These genes interact in complex ways with other genes and with neurotransmitters, hormones, and more to affect the following:

How efficiently does your body burn calories? Your genes can determine that. Some gene variations drive normal metabolism, whereas others may indicate less efficient metabolism.

How does your brain respond when you eat something sweet? Can you stop eating those brownies after consuming one? Or are you compelled to eat more? Some genes signal an “average” response to sweet tastes, while others may encourage greater consumption. Your drive to snack, as well, is somewhat affected by your genetics.

You’ve heard about how some carbohydrates (simple carbs) can lead to weight gain because they break down quickly in the body and spike blood sugar levels. Others are more complex, take longer to break down, and don’t affect weight the same way. While it’s a good idea for everyone to avoid eating too many simple carbs, your genetics can influence how well you may respond to them. Some genetic variations, for instance, may help you lose belly fat when you make a point to avoid simple carbs and consume more complex carbs. Others, however, will inspire your body to manage both well, so you won’t notice as much difference.

You know that fiber is good for you. It helps keep your digestion going smoothly, and can help reduce your risk of heart disease. But how much will consuming a high-fiber diet help in your weight loss efforts? Your genes can tell you. Some are linked with greater improvements than others, meaning that if you have certain genes, you’ll notice better results on a high-fiber diet than others without those genes.

Scientists used to believe that the low-fat diet was the best option for most people. Recent research, however, challenged that idea. A 2015 review, for instance, found that reducing saturated fat had no effect on heart attacks, strokes, or all-cause deaths. Now, scientists are taking a second look at fats. While we know that unsaturated fats (like those in nuts and seeds) are good for you, we’re still not sure about saturated fats (like those in meat and dairy foods). It turns out that your genetics have a lot to say about it. Depending on which genetic variations you have, you may be more or less affected by the saturated fats you eat. Some genes signal a high tolerance for saturated fats, whereas others markedly increase your risk for early cardiovascular disease or Alzheimers Disease with saturated fat intake.  Knowing where you are on the spectrum can help you determine what sort of diet may help you lose weight.

We all need protein in our diets, but depending on your genes, you may be able to lose weight more efficiently with a low or high protein intake. If you’re considering a high-protein diet, for instance, your genetics might help you determine whether it would work for you. Some genes may show, for instance, that a lower intake of protein would be more effective, or that you should make a point to increase your protein intake.

Some Important Details on Genes and Weight Loss

While there are many genes associated with weight loss, a few have been identified as critical in recent years. Your question might be: Do I have these genes?

One of them is called the “fat mass and obesity-associated (FTO)” gene. In 2007, researchers reviewed many studies on genes and obesity and identified this as one that could increase your risk of being obese. Another study that same year found similar results, with the two together showing that those carrying the FTO gene had a 20-30 percent higher risk of being obese than those who did not. And in a third study, researchers examined obese men and found that the FTO gene was strongly associated with a higher BMI, higher fat body mass index, increased abdominal fatness, increased insulin sensitivity, and decreased HDL “good” cholesterol.

Another gene variant identified as increasing the risk of obesity is called the melanocortin-4 receptor gene (MC4R). When scientists examined genetic data from nearly 17,000 people, they found that after FTO, MC4R mutations were the leading cause of severe childhood-onset obesity. It also influenced fat mass, weight, and obesity risk. Other research shows that MC4R is related to insulin resistance, food intake, and energy balance, and that the gene is significantly associated with higher intakes of total energy and fat.

Perilipin 1 (PLIN-1) is another gene to be aware of when it comes to weight loss. This is a protein involved in fat storage and the breakdown of fats. It plays a large role in energy and glucose (blood sugar) metabolism, and over the past decade, has been repeatedly associated with body weight and obesity-related complications. When studying children between the ages of 10 and 18, scientists found that certain PLIN variants (including PLIN-1) were significantly higher in obese participants compared to the control group. They concluded that PLIN may influence the risk of obesity in adolescence. In another interesting study, scientists reviewed data from about 1,200 overweight and obese people who ate lunch at different times of the day. They found that those with the AA genotype at the PLIN-1 variant struggled more to lose weight when eating late than those who didn’t have this gene variant. If you have this gene, in other words, you may want to be sure to eat on time!

The apolipoprotein E (APOE) gene seems to affect metabolism, to the point that it could increase your risk of being overweight. APOE4, for instance, is associated with a greater risk of metabolic syndrome—a group of symptoms that increase the risk of cardiovascular disease: In one animal study, researchers fed subjects a high-fat diet for 12 weeks. They found that those subjects with APOE4 were more susceptible to metabolic changes from the diet, including weight gain and high blood sugar levels, than those who did not have the APOE4 genetic variant. Some other genes that seem to be associated with weight include:

Can You Use Genes and Weight Loss in a Personalized Plan?

The exciting part of all this research is that we’re starting to use what we know to help men more efficiently lose weight. Wouldn’t it be helpful, for instance, to know whether a high-protein diet would be effective for you? Or how you respond to sweets? Or whether your hunger pangs are accurate or not? Personalized weight loss plans based on genetics are the future of health, available today. Genetic tests allow you to learn more about what genes you may or may not have that are influencing your ability to lose weight. The tests are simple—most consist of an easy cheek swab. They provide complex but applicable data on a large number of genetic variants. A genetic coach can review the results with you and help you understand how to apply them. 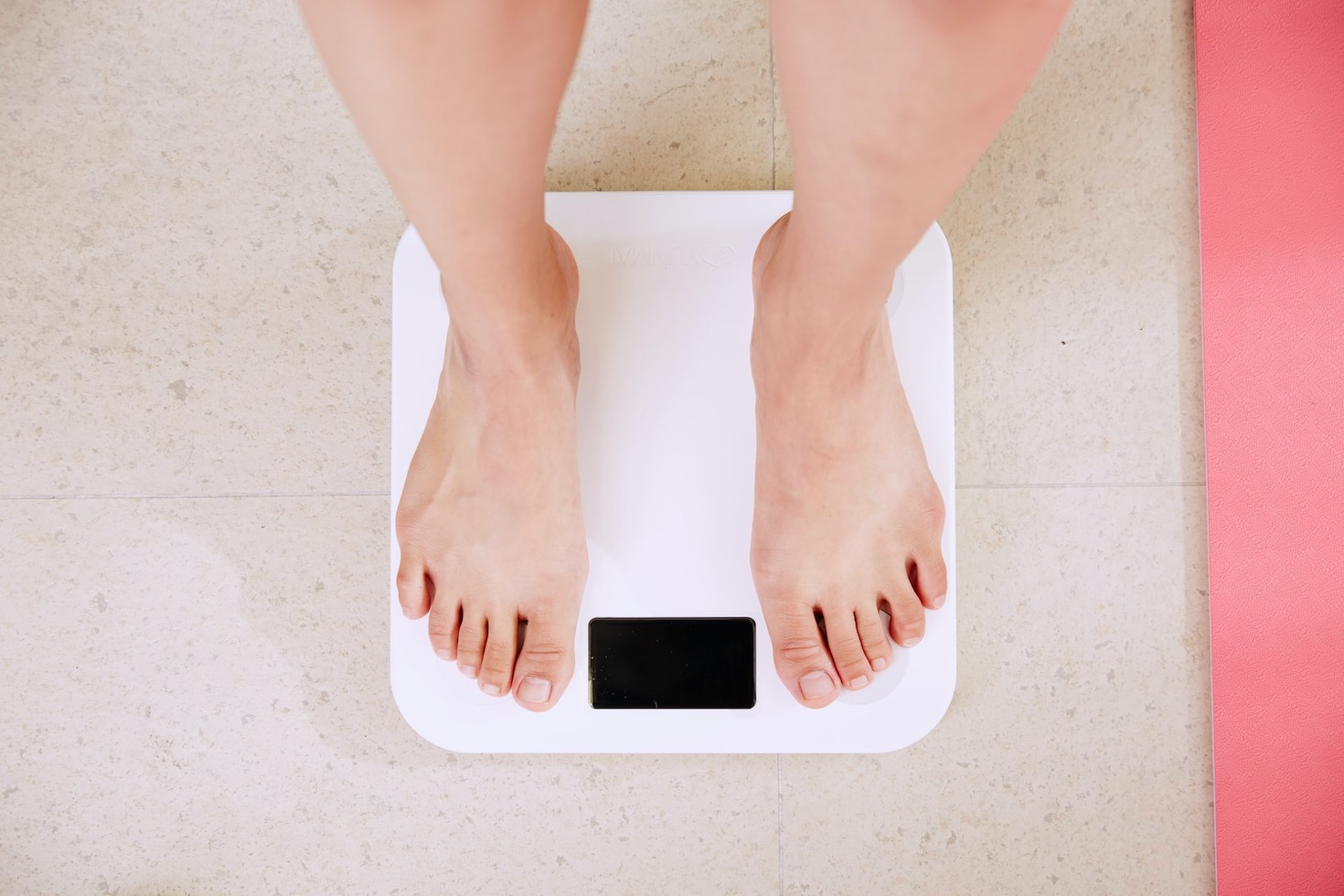 Other Things to Consider In Addition to Genes and Weight Loss

It’s important to remember that genes aren’t everything when it comes to weight loss. In fact, depending on your individual makeup, your genes may have only a small effect on your ability to lose weight. This is where epigenetics comes into play – your lifestyle and environment that affect genetic expression. Your lifestyle, exercise habits, diet, stress levels, and more all play a large role in your body composition. In one study of over 17,000 people, scientists found that those who carried the FTO gene and were active had BMIs that were no higher or lower than those without the FTO gene. In another study of 240,000 people, those who carried the FTO gene had a 23 percent higher risk of obesity than those who didn’t, but being physically active lowered the risk. Those with the gene who exercised regularly had a 30 percent lower risk of obesity than the inactive FTO-carriers. At the Gapin Institute, we pride ourselves on working with each individual to determine the best weight loss plan for them. While genetic testing can give us some important data to work with, we also emphasize the power of epigenetics and how your lifestyle and behavior can have a massive impact on your success. We also incorporate a total body composition scan and comprehensive health assessment, among other approaches, to help men succeed in their weight loss goals. If you’re curious about how you may develop a personalized weight loss plan, schedule a free consultation with a men’s health advisor today. 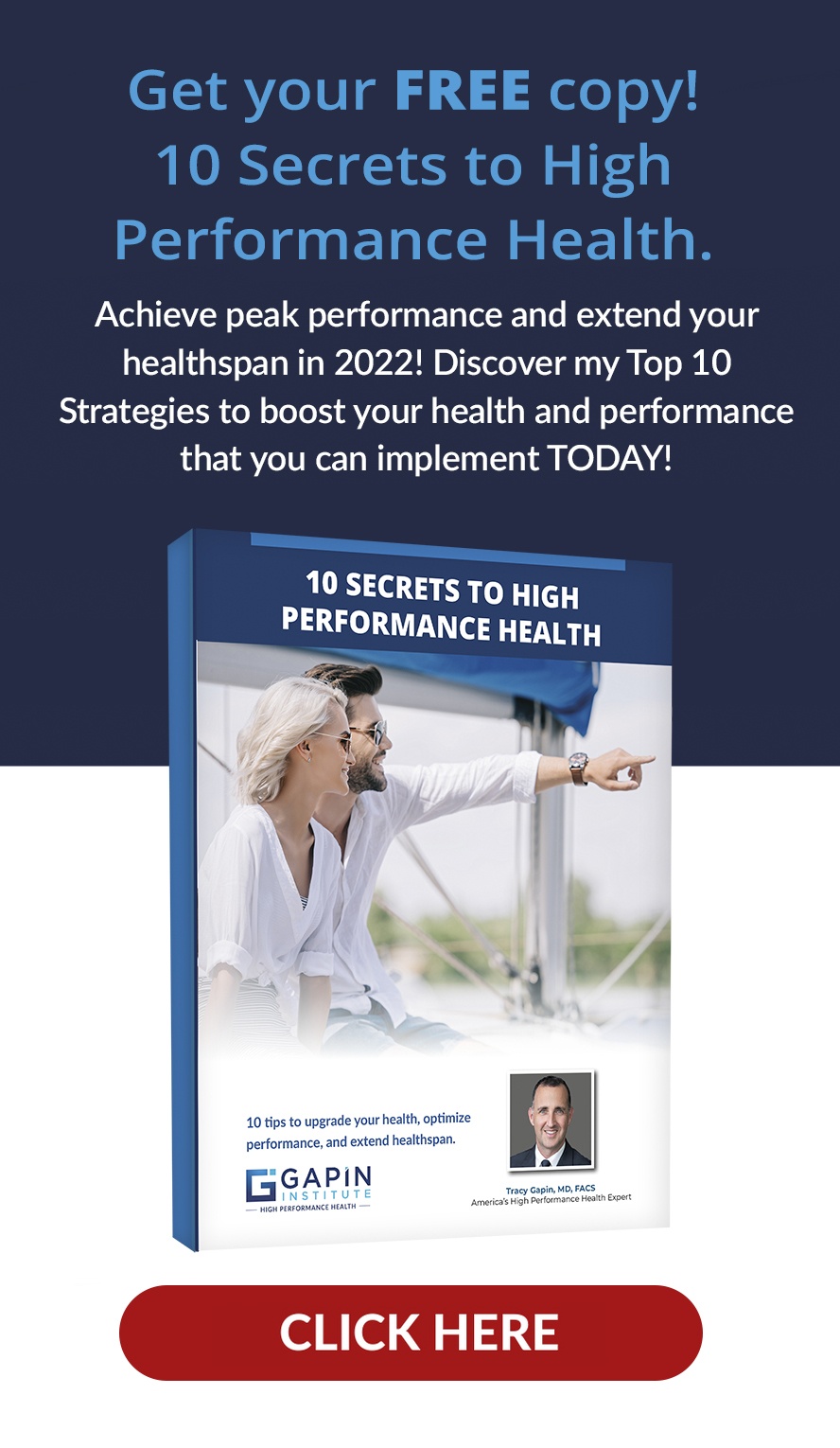 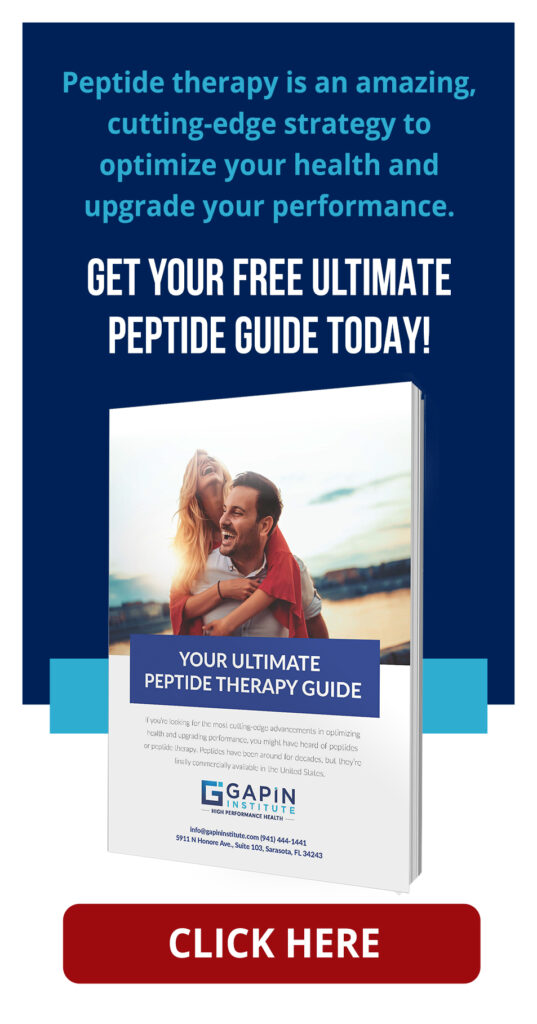 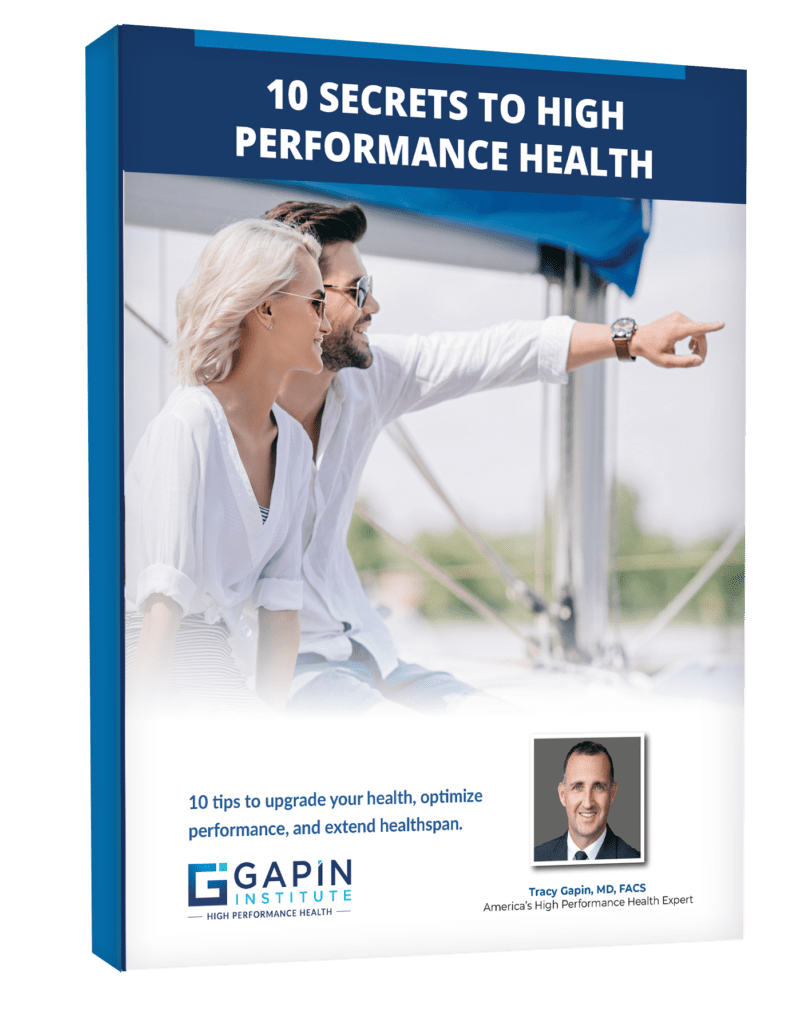